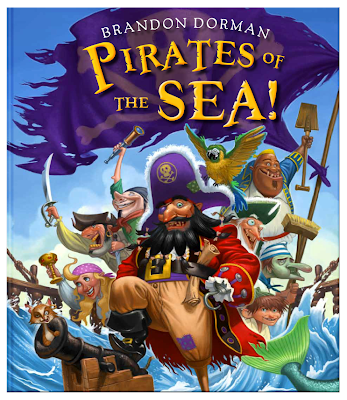 My goal was create a pirate book that was traditionally based, but showed as much as possible about what pirates encounter while at sea.  Honestly, I was caught off guard at how long the process can be trying to write a picture book in rhyme and using pirate talk. None the less, this book was a blast to create.

- The writing process for Pirate's of the Sea! took about 6 months.
- Illustrating the whole book took about 4 months.
- For most of the writing and illustrating process the title was A Pirate's Life for Me! Until we decided we didn't want to tempt the sue-happy Disney Corp.
- I think there are 23 different pirate names included.
- Originally the manuscript was about a pirate captain named Jack Batbone, who got a message from his crew that his days were numbered. Captain Jack took it as a mutiny letter and was prepared to walk the plank. Come to find out, it's birthday party for their Captain not a mutiny. This idea was liked, and I thought it was really fun, but with a little research we found that "birthday" books haven't sold that well historically. So, we still liked the pirate theme, but it was back to the drawing board.

My hope is that all those who open this book's pages can't help but crack a smile at least once.  I personally think the best way to share this story is out loud and in the best swashbucklin' pirate voice ye can muster. :) 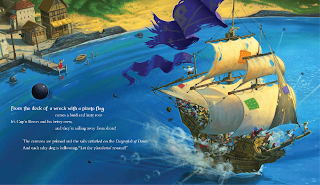 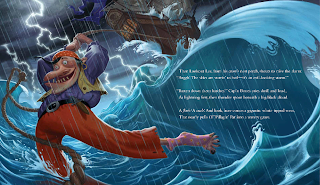 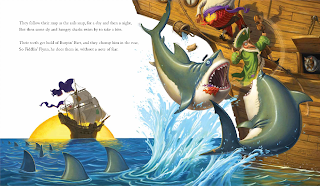 I can't wait to get one!! I ordered my copy today!

I'm super excited to read it to my kids! It looks fantastic!

It's gratifying to see the fruits of your labors.

I just stumbled upon "Pingo" in the bookstore today. The pictures blew my mind and stirred my soul. And then I get on your site, and I was even more amazed. Your drawings are breath-taking. Keep up the great work!